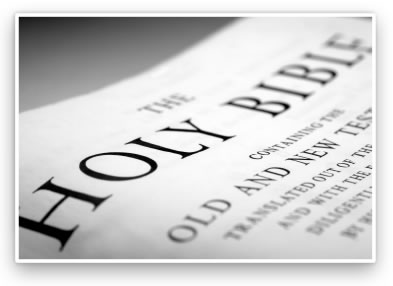 “… Aaron raised his hands toward the people and blessed them.  Then, after presenting the sin offering, the whole burnt offering, and the peace offering, he stepped down from the altar.  Next Moses and Aaron went into the Tabernacle, and when they came back out, they blessed the people again, and the glorious presence of the Lord appeared to the whole community.”  Leviticus 9: 23, NLT

From the very beginning the Lord has had a desire to be in intimate communion with His people, to walk with them and to be their God.  Repeatedly the Scriptures speak of the “glory of God” or of His “awesome presence” – the visible manifestation of His holiness and splendor.  In the Old Testament, He walked in the Garden with Adam and Eve; He came to Abraham in three persons; He revealed Himself to Jacob in a dream, to Moses in a burning bush, and to Israel in a cloud….  In the New Testament, God came to us in the person of His Son, and now, in the age of the Church, He comes to us in the person of the Holy Spirit.

God still desires intimate communion with His people.  He wants to draw near to them in love and to share with them His peace; He wants His joy to be full in them, and so He has promised His continual presence.  But, this is not a new promise.  Throughout the Scriptures the Lord testifies to His desire to be our God and to dwell among us.  He is recognized as inhabiting the Tabernacle  (and later the Temple), which is at the center of God’s people both physically and spiritually, and in the language of the New Covenant He declares His desire to live in the hearts of His people.  Thus, when Jesus tells His disciples that He must go away, He promises them another Comforter who will come, One who will be with them forever in the most intimate communion.  For, He will not merely be with them (at the center of their community, the Church), but He will be in them (at the center of their person) – an ever-present, everlasting, ever-pleading, and ever-helping God.

So it was that on the day of His resurrection Jesus invites His disciples to “receive the Holy Spirit” (John 20: 22, NKJV).  In doing that, He was assuring the presence of God with them; He was fulfilling His desire to be in continual, intimate communion with His people.  In that way, His glory – the “awesome presence” of God – would be visible in us, as we walk in the Spirit or (stated another way) as we live the Christian life.  Thus, the Christian Church becomes a blessing, and in and through the Church “the glorious presence of the Lord appears to the whole community” (Leviticus 9: 23, NKJV).  The Holy Spirit fills the believer’s common life and the believer, in fellowship with the Body of Christ, reaches out in love and joy by the power of that Spirit that God’s house may be filled … that all might know the surpassing grace and abiding presence of God in Christ.

Fellowship then is central to the Christian life or to life in the Spirit.  We are to be one with God and as we are one with God we are to seek to be one with each other, “not neglecting to meet together, as is the habit of some, but encouraging one another, and all the more as you see the Day approaching” (Hebrews 10: 25, NRSV).  Our continual contact with the Divine is to stir us to an abiding love of our neighbor, and a desire for communion with God through fellowship together.  Thus, as Phillips Brooks noted, “The doctrine of the Holy Spirit is a continual protest against every constantly recurring tendency to separate God from the current world” or to separate ourselves from one another.  God is, after all, in the world most intimately and profoundly in His people, the Church.  He did not make the world and then leave it to its own devices; He made the world and then entered it fully that through Him there might be life.  Therefore, we are not to abandon the world, but to witness to it by allowing God to be seen in us.  As Paul wrote, “If we live in the Spirit, let us also walk in the Spirit” (Galatians 5: 25, NKJV).

Good and upright is the Lord; therefore he instructs sinners in his ways. He guides the humble in what is right and teaches them his way.
Psalm 25:8-9