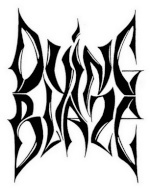 Dying Blaze will soon have a new album out and I had a chat with Lord Castus to bring to all of you all about Dying Blaze and the new album. Please note that we published Lord Castus’ answers as he replied, realize that English is not his first language.

1. Thanks for taking the time for the interview. Could you introduce everyone to Dying Blaze and how it started?

I with large gladness will answer your questions. In Dying Blaze, except for me there never were other participants. Therefore I will present itself only. I am 23 years. Gave birth and live in Ukraine. I have education musically. I serve in a church in the group of glorification. Favorite music – Black metal, Power metal, old kind Heavy.

2. Where does the name Dying Blaze come from?

Name of Dying blaze was thought of in 2005. As objecting against flame of hell.

3. Now you are also in some other projects as well aren’t you? What are they?

4. What were the main lyrical themes of your first album Soul Underground and how was that album received?

The lyric poetry of the first album was based exceptionally on a faith in God, to the hatred to the Satan and evil. This album was named “Soul underground”. In the album of “Attera Obscurum” the subject of texts did not change. Therefore I do not want to work with them.

5. Then in 2010 some of the songs from that album were on the split album with Diamoth. Were those songs re mastered or were they on that split just to reissue them?

Attera Obscurum was written in 2009. Long time I did not know where to give him. But due to Fedor Buzilevich (Holy Blood) I associated with Nokternal Hemizphear. I am absolutely happy it.

7. What does the cover art for this album represent?

On the cover of album a devil, bound in a chain, is represented. I consider that it is a primary objective of any Christian. The design of covers to the disks was created by Jason (Nokternal Hemizphear).

8. What was the inspiration for the title track Attera Obscurum?

Song of Attera obscurum was initially named “Smashing darkness”. But I like the use of Latin and I decided to translate him. Idea of song the same as well as always. Smashing of darkness, in madness for the sake of Christ.

9. They lyrics for this song show your incredible passion for Christ have you received a lot of feedback on that song and has anyone asked you about your faith due to this or any other one of your songs?

This song talks everything for me. All, who heard it understand at once, that I am a Christian. People, listening black metal often take no notice on lyric of song. But in this song all is maximum clear, not veiled.

10. This album is being promoted with 2 versions of it what is the difference between the 2 versions?

This album is published in two variants. Jewel Case Version, which 6 songs are in, and DVD Package Version: Hand – numbered and autographed by Lord Castus, full length debut “Attera Obscurum” with 2 re mastered bonus tracks and all NEW artwork.

11. What impact do you hope that this release will have on people not just in the Ukraine but world wide? And what has God been leading you to accomplish with it?

Yes, God likes that I do. I believe in it. Without His help nothing turned out. All happened wonderful appearance. From creation of album to the issue of him on Nokternal Hemizphear. I hope and trust that people, listening the album of Attera Obscurum penetrated a lyric poetry and thoughtful about it. About God and eternal life post mortem.

12. Has the sound of Dying Blaze changed any since it’s inception?

The sound of Dying Blaze changed sure. Progress does not stand in place. A sound became more high-quality and dense. In the followings album he it will be yet better, trust :) But a musical orientation will not be changed.

13. Will there be future Dying Blaze albums? And if so what direction might they take?

A new album is practically written. He will be more rapid and extreme. All is written, except for a vocal.

14. Thank you again for your time and for your dedication and hard work for Christ. Do you have any final comments to the fans?

I am high pleased our interviews. I hope that it is the not last interview for you. I ask to forgive me for my English :) I own him badly. I translate everything through on-line translator.

Charm is deceptive, and beauty is fleeting; but a woman who fears the Lord is to be praised.
Proverbs 31:30