Dustin Kensrue: The Water And The Blood 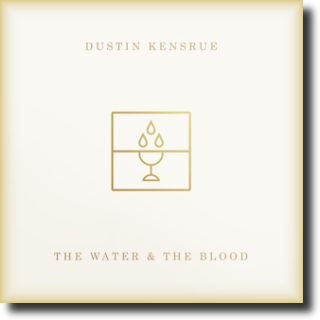 Writing a review on a worship album for a rock and metal webzine like Untombed might seem a bit odd, however, for the new album by Dustin Kensrue, lead singer and guitar player of the alternative rock band Thrice, i will happily make an exception. Kensrue, nowadays, is a worship pastor at Mars Hill Bellevue. He never wanted to be a worship leader. Kensrue always thought worship music had fallen into a creative rut and there was no engagement with the surrounding culture, however God’s plan was different. Kensrue felt he was challenged to use the gifts he was given to change things in the worship music scene.

The album kicks off with Rejoice, a perfect way to start with. It’s a very modern worship rock song, which invites you to sing a long from the start. What stands out is the chorus and the driving rhythm in the song.

We continue with Rock Of Ages, which is a rewritten hymn with a new chorus and bridge. It is actually a very good choice since it recognizable, but maybe a better reason would be the immense strong lyrics which made this song a classic.

Though the next two songs ‘Suffering Servant’ and ‘My Own Comfort’ are both strong, they are not real stand-outs on the album. The next one however is.
“God Is Good” might be my favorite track on the album. This song, for me, has the most worship appeal of them all, especially the chorus. It is modern and incredibly catchy. “God is good all of the time. All of the time God is good.” It’s a lyric you want to proclaim every day.

“Grace Alone” might be less appealing to sing along, however, the message is so powerful that you want hear the lyrics and let it speak to you. It has depth written all over it.

“The Voice Of The Lord” is another solid rock worship song. It might be the heaviest song on the album, maybe also because of the raw guitar sound used for this song. Also, the addition of the strings and a second guitar give the sound a lot of body.

The song “Not Enough” is the only song on the album that was not created as a worship song. It is poetic lament, heavily drawn from the book of Ecclesiastes. Whatever we will do in this life it will never be enough to satisfy ourselves. It remembers how much we need Jesus in our lives. The song also seems to have prelude to more mellow parts on the album. Both “Come Lord Jesus”, which is a cry out for the return of Jesus to make all things new, and “Oh God”, about God’s promise that he will always be near us, just seem logic after the dark lament.

The album closes with the happy rock song “It is Finished”. A necessary uptempo cheerful praise song to close this album and a pretty strong song as well.

Kensrue has given us something that worship music was lacking. A thoughtful, creative worship album that has lots of depth, that is appealing to the rock scene. As for me, I think it is one of the best albums that has been released in 2013. Top notch!

Rating: 4.5 out of 5
Reviewed by: Sieto Kooijker

Dustin Kensrue – The Voice of the Lord

Through these he has given us his very great and precious promises, so that through them you may participate in the divine nature, having escaped the corruption in the world caused by evil desires.
2 Peter 1:4

Know therefore that the Lord your God is God; he is the faithful God, keeping his covenant of love to a thousand generations of those who love him and keep his commandments.
Deuteronomy 7:9