Startled By Silence: The EP 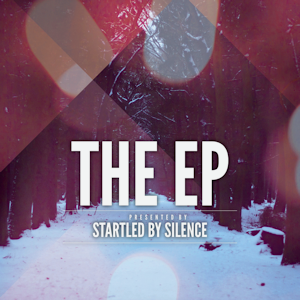 One thing you’ll notice when listening to metalcore is that a lot of bands sound quite the same. There are, of course, some exceptions and . fortunate enough Startled By Silence is one of those exceptions. This talented band from the Netherlands has some musical variety. The band has been descried as Paramore with breakdowns, a description that only partially covers the bands creative sound.

The EP starts with the track Open Graves. The band slowly builds to a climax with its intro. It is only a matter of time until the sound blows into the open and their lead screamer, Peter Rebel, puts his soul into this screams. The choruses are sang by female vocalist Mischa de Haan and somewhat reminds of bands like Fireflight and Paramore. However the sound of Startled By Silence is much heavier.

The second track, Sweet Innocence, is faster and has much more aggression in both the guitar riffs and vocals and is an excellent metalcore track. The gang-vocals in Sweet Innocence are also a real asset to the song.

Victory Forever has a bit of a vague intro. It looks like they wanted to create a bridge to the last song. Personally I think a fadeout would have been a better bridge between the two. The track starts of quite calm with some clean vocals by Misha, but within only seconds hell breaks loose with all the riffs and screams.

I Used To Live Tomorrow is probably the heaviest song and might even be the best one on the EP. The track starts aggressive, but has a nice catchy, melodic chorus. The song has everything you want to hear in a quality metalcore song.

Startled By Silence has managed to promote themselves quite a bit with this 4-track EP. It is not very surprising that the band was able to perform at Freak Stock in Germany. In November the band will play at Brainstorm Festival with bands like Benea Reach, Sacrificium, Slechtvalk and Theocracy. At the moment the band is in the studio to record some new tracks.

Startled by Silence – I Used to Live Tomorrow

But the angel said to her, “Do not be afraid, Mary; you have found favor with God. You will conceive and give birth to a son, and you are to call him Jesus.”
Luke 1:30-31

And if you do good to those who are good to you, what credit is that to you? Even sinners do that.
Luke 6:33