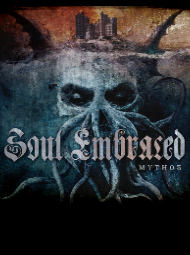 Hi Rocky, I hope all is well. Please accept my condolences on the loss of your father last year. I lost my Dad as well last year and it put me in a funk. Did that event have an impact on your creative processes while you were working on your new album?
Thank you so much Dale, I really appreciate that and my condolences to you as well. It hit me pretty hard and honestly I wanted to just stop altogether and let someone else mix and master the album because I really was in no shape to give it the right amount of attention at the time but as much as I wanted that I kept pushing through it a little at a time.

Yes, I can understand how you must have felt [about your dad].
God had a plan in all this because before it was all done we ended up redoing some riffs and making them way better than they were and bringing some guests in which was not in the original plan at all. So it was a long process to get the record completed but we got it done.

What else has happened to delay “Mythos”? Can you tell us how the recording process is coming along now?
Well we were almost done with the whole record when we lost quite a few audio tracks in pro tools. We had to re record a few songs of guitar, bass and vocal parts and re edit them along with re editing some drum tracks as well. Also I had to work while all this was going on to pay the bills so it was just a lot of stuff hitting me from every direction. We should have changed the name of the record to “Migraine”.
It’s all finished up now and we love it. I think the fans will love it as well. The reviews we’ve gotten so far have been great. 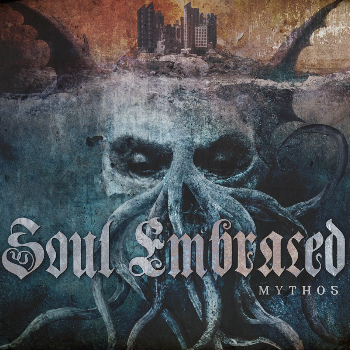 I know there is a special guest on the album. What can you share about this?
We ended up getting 2 guests on this record. We have Bruce Fitzhugh from Living Sacrifice and Chris Hull from Every Knee Shall Bow on there and they really tore it up for us and made those tracks really special.

What is the story behind the album’s name ?
I’m sure with the title, the cover art, song titles and lyrics someone could come up with a good interpretation.

Since you began the “Kick Start” funding program a year and a half ago have you received any negative feedback for the time delay in releasing your new album?
The label started to get some emails but it was right at the end. Its totally understandable and were gonna give them the e.p. were doing for free to show our appreciation.

You were on Solid State for your album “Dead Alive” in 2008. What events caused you sign with the indie label, Rottweiler Records, for your new album, “Mythos”?
I’m sure it was just Solid State not wanting to spend any more money on a band that doesn’t tour and sell a ton of records. Its hard for all the labels right now so I totally understand. I like what were doing with Rottweiler and working so close with the label and the fans.

Will you be playing any live shows or tours in support of “Mythos”?
Yes, we’ve been playing shows since last year. No touring but we will do shows here and there.

Thank you Rocky for taking the time to talk to us. Do you have anything extra to add for Soul Embraced fans?
We appreciate everyone so much for sticking with us through the years. And thank you Dale for chatting with me. God bless you all.