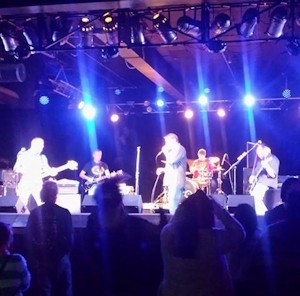 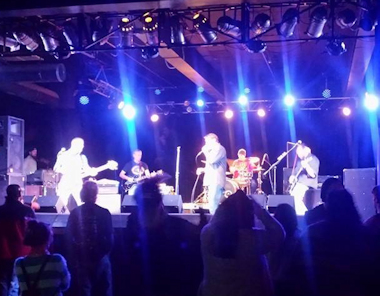 I was talking to Frankie Bull on facebook about playing his band’s music music on Metal Pulse Radio. As we were talking I thought it would be great to do an interview with him about his band, Saving Darkness. So here you go; you’re going to like this Indie band out of South Carolina.
__________________

Thank you for hanging out! It is great to have you here, Frankie!

It’s a pleasure and a blessing to talk with you so that the message that God has allowed Saving Darkness to spread to so that it may have an impact in a world of chaos!

Could you tell use how the band got Started? Who is in the line up?

We started out as a group of guys that got together by way of Craigslist and soon after maybe a month I joined the group and play guitar and sung backup vocals. And then a few months later we change the bass players that’s where Anthony elder came together with us. Then we ended up losing our drummer by way of tinnitus in his ears. He soon passed away. Then I filled in on the drums for about 6 months. After that the vocalist there we had left due to disagreements. So for 6 months Mike root the lead guitar player filled in on vocals that’s the reason that the song words of forgiveness is sung by him. Its a song we went ahead and recorded. So in that time they ask me to do a show acoustically so we done that show then they asked about bringing a drummer in and try out with it this way. When we brought the drummer in and practiced with the normal setup it just seemed to work so we started playing show after show. We had a couple of guys we knew that played drums for short periods of time. Then eventually Jesse McCarson came aboard as our drummer. And things have just progressed from that point.

How did you come up with the bands name, Saving Darkness? Does it have a special meaning?

Each member in the band had ideas for a name. So we listed all the names put them in a hat prayed about it and ask God to bring out what he wanted. At first at first glance you may think how does that name mean anything. But we live in a dark world and the light of Christ shines in the darkness and saves us from it so that’s the meaning for us as saving darkness.

How would you describe your music to some how never heard you guys?

When you compose a song where do you get your ideas? How does the song evolve?

Well we pray and feel that each song comes from God. Most of the time the lyrics that I write come usually when I’m driving and I have my quiet time. So that’s where most of it comes from and the rest of the band will come up with the music. And as they come up with music I may have several sets of lyrics already written. When I feel what fits the music that they’re playing it just all seems to come together. It amazes us how are songs come together. We feel truly blessed that God will use us to spread His Word. 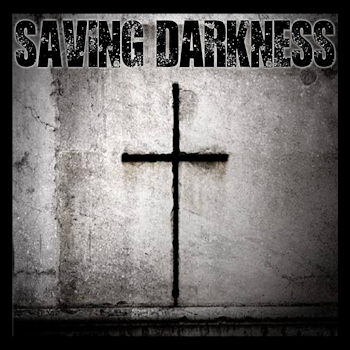 You guys put out your first album Asking Mercy last year. What has the feedback been like about the album?

Actually asking mercy is our last song that we recorded. Our first EP is an untitled EP. Asking mercy we put out as a single but we will probably include it on our next ep. We have plenty of songs for our next ep to record. So I think it’s a matter of funding before we record for 5 more songs and put together an EP. I have ideas on a name for the EP but we haven’t decided what to call it. So it’ll be a mystery until the Lord reveals what he wants us to do as far as the title. Hopefully we will have funding to make that happen soon. We also done the video for asking Mercy because we just felt like that we would benefit by doing the video now before recording any more songs. The feedback we have received has been great. A lot of people tell us they like the scripture in the songs. Of course we will not always put actual Scripture in songs we want to make sure that we portray what comes from God’s Word. because that is the most important thing that we get out his word through the music. And also have fun doing it.

What would you like the listener to gain, or get out of, listening to ‘You Choose”?

We want people to take away from our music that Christ loves them and then he will saved folks from the darkness of sin and death in this world. And to the believer who already has salvation to better understand His Word and that understanding his word more will uplifting and better prepare them to deal with life in this dark world. And if everybody understands God’s Word more then we can make a bigger impact as the body of Christ.

I see you have been working on a new album coming out later this year. Could you tell us about it? Do you have a title picked out? Do you have the art work done for the cover?

As I talked a little bit before about this that title still hasn’t been decided on yet. I think by the first song asking mercy kind a tells a little story about where it’s going. We felt as though people could better understand that as believers even though we have salvation there’s still a battle going on in our minds. so we still are going to have trouble as we live for Christ in this world. But asking mercy, says that no matter how many times I failed I will still ask God to forgive me of my shortcomings. I think the songs on the up and coming ep will be more from that angle. no artwork has even been discussed yet but hopefully it all comes together soon. 9 I see that Band has been posting up a new song for the new album on facebook. What has the feedback been like?

How can fans-to-be gain access to your music? Do you have a website with a sample of your songs ?

Yes all our songs are available on our ReverbNation page as well as our Website. We also have the Facebook page by which someone can always get in touch with us and will be glad to help.[see links below]

I guess for any independent band one of the biggest obstacles is funding. But we’ve done what we could so far. With more funding we can obviously make this next ep happen quicker. And of course the same thing applies to having more promotion to let folks know who we are and what we do

We would like to ask people to pray for us as a band. But the most important thing is we want people to know that God loves them any wants to save everyone who will come to him. And for the believers already did we don’t have to live I defeated Christian life that God will reveal himself to each believer by way of His Word and His Holy Spirit that’s our guide. As we go deeper in His Word we will find that we get closer and closer. And we would like to thank Dale Huffman for taking the time to show an interest in our group saving darkness. And to thank God for what he’s done for us so far. And to all those that have supported us we want to thank them for that support.