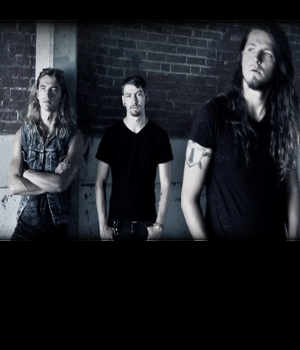 Interview: The Protest
By: Yvonne

On April 1, 2005 a new band was founded. You have given this band the name The Protest.  Tell us why this name?
For years we played under the name Protest For Pluto, but when we emerged from working with Travis Wyrick back in the summer of 2011, many things had changed. We had a new refined sound and a brand new vision to give everything we have to Christ. This change caused us to long for a re-birthing of our band and what better way to do that then to start fresh with a new name and new image? So we narrowed many names down and finally stuck with “The Protest”. We aren’t “protesting” against anything, but for God’s truth. The name change was scary, but our loyal fans stood by our side and for that, we are so blessed.

The EP and the full length album “Game Changer” were released in 2012.   What have you guys done in the years 2005 – 2012?
Each band member comes from a different background and our meeting is such a long story, so I will try to condense it. T.J., Jarob, and I (Josh) formed a garage band in 2004 called Protest for Pluto. We worked hard playing anywhere and everywhere and building a fan base. We weren’t very good, but we kept working hard. During this time I was being taught to play guitar by our current lead guitarist Adam (Sarge) Sadler not knowing he would be joining the band a few years later. One fall, a family friend, Chase, from Tennessee came up to visit and I had no idea who he was except that he was in a band and loved music, so naturally we all connected. We ended up recording our first record in my living room. Months went by and we had some member changes and were in need of a bassist. Chase agreed to fill in for a couple shows. He enjoyed it so much he stayed with us. During this time my guitar teacher, Adam, was in L.A. studying guitar at the Musician’s Institute. When he came home in the fall of 2009 he joined      the band and that’s when things started to get serious. That is how the current lineup was formed and we are so blessed to have each other in our lives.

Why first an EP and a few months later a full length album?
The reason for the EP before the full length album was to give the fans a taste of our new direction. We had changed so much just in that month of recording and we were very excited to share that with our fans. We debuted the new music with the announcement of our name change. The new music did much better than expected so we released a music video to support our single “We Will Rise.” The video has since been on hundreds of online video websites as well as national television stations and MTV. For that we are very humbled.

You guys have been opened for bands like Icon for Hire, Decyfer Down, and Disciple. How did The Protest begin playing gigs that eventually opened doors to open for such national acts?
Like I side before, we started off playing anywhere we could. We didn’t start opening for national acts and touring until the last two years. Once we committed our work to the Lord things really took off, and we are so blessed to have met many of the bands that we have. We now consider them friends, and if you would have told us years ago that we would be good friends, let alone tour, with bands like Sent By Ravens, Nine Lashes, and The Letter Black we would have thought you were crazy. We have enjoyed learning from all them.

You are working on a new single. Will that be the first song for a new album?
We can’t say a whole lot about that single right now, but we don’t believe it will be on the next record. If we release this one it will most likely be an iTunes exclusive, but in our crazy busy world who knows what will happen. However, we have already begun writing for the new record and are very excited about the material.

How do you guys get inspiration for new lyrics and music?    What helps you to write and who does the writing for the band?
Most of the lyrics and music come from lots of prayer and writing whatever God puts on our hearts. On half of our album we enlisted the help of Mark Anthony of The Letter Black. We learned a lot from him about songwriting and so blessed that we got to work with him. I write most of the lyrics but we are a creative band and the guys chime and give me lines to work with all the time. The Protest is a band that likes to be real. We want to show everyone that we are real people and that Christians can be real and loving. Our lyrics and music, we hope, portray that.

How do you prepare as band for a show?    Do you get nervous before you have to go on stage?
We have certain rituals we always do before we play. We huddle up and put our heads together and pray. After the prayer Adam (Sarge) asks us if we are “ready to let the dogs out”, we respond with a triumphant YES, take a deep breath, and proceed to kick our feet in the middle of the circle saying Who, who, who. I know it sounds crazy but we have done it every show for now for almost 3 years. It’s not that we are superstitious; it just gets us pumped and unified. The live performance is where we thrive. We make it our goal to worship as loud and as hard as we can. We set out to bring the house down for our Savior. If we leave the venue not drenched in sweat and exhausted then we didn’t do our job. Though we love a live setting there are times when we are nervous still. We get nervous when there is a large crowd and we didn’t get much of a sound check, but God always comes through.

When you are touring, what is it like traveling from show to show?   Tell us about the long trips you have made as a band.

We love traveling. We get to travel around the country with our best friends, enjoying God’s creations. We love going to antique shops, pawn shops, and flea markets. We love looking at scenery and talking together as well, but the road can get boring and tiresome so we all have things we do to pass the time. We like to make lists on the road of our favorite movies, childhood cartoon shows, video-games, wrestlers; you name it, and compare them. We also do a lot of sleeping, reading, and playing video games. Touring is the best when you get to travel with bands you love. The camaraderie of the road is amazing. We have met some our best friends on the road and have made some awesome memories.

And the fans … what about them? Are the fans of The Protest from mixed ages, or mostly younger people?
I know every band says this, but we believe our fans are some of the best and most loyal in the industry. We are blessed each day by their love and encouragement and we are so thankful for them and their support. Protest fans are some of the best people you will meet and minister to us just as much as we do them. Surprisingly, we have fans of all ages from toddlers to senior citizens. Some of the older folks don’t always understand our music but appreciate our ministry.

Lastly, What’s more important for you as band: writing bold lyrics about God or having a radio friendly song?
We do what God wants us to. We write what God wants us to write. If those songs happen to be radio friendly then that’s awesome, but we will not bend our message to fit in. We serve an all powerful God and we are trying to get it through our heads that he is in control. We like to try to take control sometimes, but that’s when things end up bad. Only through God are we able to do this ministry in the first place. We don’t limit ourselves. With God all things are possible.