Bowing out with a bang; that’s what Anberlin 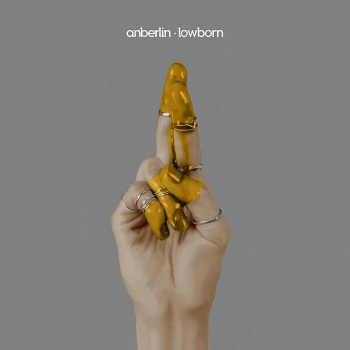 must have planned when they announced to call it quits. Closing with one final album and a farewell tour. The capstone of their twelve year career was released this summer. Recording their final album, Lowborn, the band opted for a completely different approach by having the members of Anberlin all chose their own producer to record their respective parts.

I have to say the result is quite surprising. Anberlin has certainly chosen not to record another Cities or Blueprints For The Black Market. Of course you can hear elements of earlier albums back, for example the first song We Are Destroyer could have been on an album like Dark Is The Way, Light Is The Place back. The opener is powerful and catchy and takes you right into the album. That function is really necessary since Lowborn is quite different and needs to grow on you.

Lowborn is probably the mellowest album Anberlin has ever made. The album is packed with synthesizers and you can really hear the 80’s and new wave influence. You hear it on the intros of songs like Armageddon and Atonement, but also in the stunning first single Stranger Ways, which is one of the highlights of the album, and on the closing track Harbinger. Other highlights which really deserve to be mentioned are the catchy rock song Velvet Covered Brick and atmospheric ballad Birds Of Prey.

Unfortunately the album contains a real miss as well. Dissenter may be the heaviest song Anberlin ever recorded, but it totally breaks the flow of the album. It just seems out of place on the album. Every time I hear the song I want to skip it.
All in all, Anberlin closes their career with a good album, but it will never surpass the heyday of Cities and albums as Dark Is The Way Light Is A Place.

But seek first his kingdom and his righteousness, and all these things will be given to you as well.
Matthew 6:33

Do nothing out of selfish ambition or vain conceit. Rather, in humility value others above yourselves.
Philippians 2:3