Escape is the debut album from Sardis and has been the most difficult review subject I’ve had in my time here at Untombed. There is a lot to love about this album, but there are also several weaknesses that really interfered with my desire to put this album on a continuous loop. 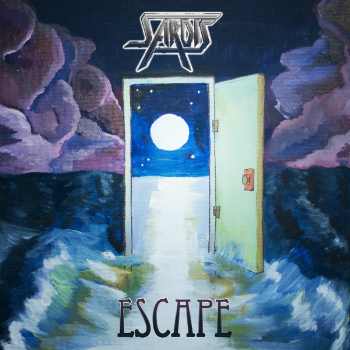 Let me start off with the strengths. To begin with, this is perhaps the best new band I have heard playing this classic ‘80s-style metal. To be fair, however, to call Sardis a classic metal band is really selling them short. The crunchy hooks are infused with a technical—almost progressive—element through the use of changing and unconventional time signatures, polyrhythmic sections, extended song-lengths, and the overlaying of the metal instrumentations with acoustic guitar and piano. The fact that Escape is also a concept album adds to the progressive bent. Back to the band quality—there is some excellent musicianship at work here. Kevin Hasselquist’s guitar leads drive the album atop Mark Robertson’s bass and Jason St. Clair’s drums. Soaring along with the instruments are Sean Roycraft’s flexible and dramatic vocals.

The songs themselves are also well-crafted musically and lyrically. I mentioned above that they album is a concept album, and the songs tell the story of one person’s journey from unbelief and resistance to the Gospel to belief. The lyrics are strongly “Christian” without being in-your-face, “Jesuses-per-minute” type lyrics. They sound like the journal of someone wrestling with internal strife:

The emptiness I feel inside when I’m all alone – Seems to force me into thought – What if there’s a God who weeps at the state of mankind – Knowing it’s their choice to remain in their bitter, empty ways (“Searching for Answers”)

One song that really stands out is “Turbulence of the Mind,” because of its uniqueness. It is nearly seven minutes of pure instrumental representing the mulling and wrestling within the protagonist’s mind. It begins with a free-form acoustic guitar solo that yields to a classical-sounding duet with a piano. After about a minute, the metal instrumentation takes over for the rest of the song. The disjointed melodies and the cross-rhythms between the guitar, bass, and drums create a complexity that captures the idea of “turbulence” quite well. Finally, amidst the swirling guitar solos and asymmetrical time signatures comes a straight-forward riff and rhythmic feel to accompany the only vocals in the song:

My thoughts collected I’ve self-reflected, heard all I need to hear. –  I’ve weighed the cost and now I know for sure  – I’m ready to believe.

This resolution to the story leads into perhaps the heaviest riff on the album to lead into “Resuscitation.” As soon as the listener is lulled into the heaviness of the sound, the vocals enter to a poly-rhythmic, Latin-tinged jazzy accompaniment. Fear not, however, the metal returns quickly and finishes the album strong. 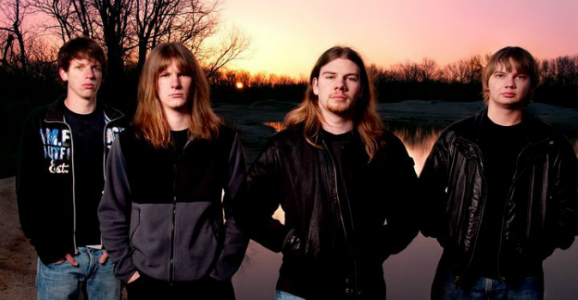 As I said, there is a lot to love about this album, but there are several weaknesses as well that initially kept me from fully enjoying this album to the fullest. One issue is that it seems like two albums in one. It is like the albums where the artist gives you the produced tracks and then some demo tracks at the end. The biggest difference is that with Escape, I feel like those tracks are at the beginning. The first three or four tracks on the album seem to be inconsistent with the remaining ones. While I love the overall sound of “Memories,” when the drums enter, there seems to be a synching issue between the drums, the vocals, and the guitar as if these tracks were recorded separately and independently. I assume it is an attempt to create a disjointed, chaotic feeling like later in the album, but I don’t think that is what comes across here. The same synching issues appear in “Night Calls” with the entrance of the piano around the 4:20 mark.

I’m also not sure about the use of the growling vocals. I think they work well as backing vocals in “Miracles and Myths,” but they seem just out of place in “Night Calls.” On the subject of vocals, I really like Roycraft’s voice, but I feel like they may be a little too “clean” in these earlier songs. Later in the album, his voice has more of an edge and a harshness to it that I think better fits the music. Particularly in “Memories” and “Night Calls,” however, the diction and articulation are too clean and they seem stylistically out of place.

It is possible that some of issues I have the vocals are a result of the mix on these songs. It seems like the vocals and drums are too far forward in the mix on the first three songs. The first track where I do not notice the overly-clean diction is “Miracles and Myths,” where the vocals sound farther back in the mix (although the guitar seems to overpower in parts of this track). By time we arrive at “Escape,” the tracks have evened out and the album becomes what I had hoped it would be.

I came at this album ready to love it, but the inconsistencies of the first tracks made it difficult for me to really get into this album. The more I listened, the less those things bothered me. Sardis is clearly an excellent band, and Escape gives us a glimpse into that. Despite those inconsistencies, this is a must-have for fans of that early-80s traditional metal sound.

All Scripture is God-breathed and is useful for teaching, rebuking, correcting and training in righteousness, so that the servant of God may be thoroughly equipped for every good work.
2 Timothy 3:16-17

The Almighty is beyond our reach and exalted in power; in his justice and great righteousness, he does not oppress.
Job 37:23