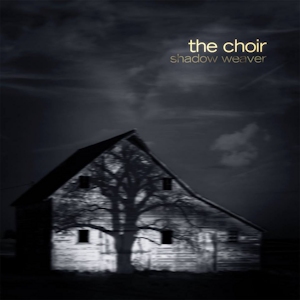 Of all the non-metal releases expected for 2014 the one I was most anticipating has been Shadow Weaver by The Choir, and it does not disappoint. From the ethereal opening “Good Morning, Shadow Weaver” to the reprise at the end, this album is exactly what one would expect from The Choir and a shade more. The album plays like peeling back the layers of our own humanity.

Steve Hindalong’s lyrics are penned from the heart. Not just his. Everyone’s. “It Hurts to Say Goodbye” reveals the bittersweet of a father watching his daughter grow up and start a life on her own:
Feathers ride on the wind – The bird was made to fly -It hurts to say goodbye.
“
The Soul of Every Creature Cries Out”  describes how we are all joined together by our common condition
The prayers of every child -Rise on the winds of tomorrow – The tears of every woman -Fall on the feet of the Man of Sorrows
The soul of every creature cries out -The heart of humanity moans -Somebody out there won’t – Leave us alone

In “White Knuckles,” he tackles the age-old question of how far is too far?
If I savor a swallow of communion wine – Will I compromise my sobriety? – If I clutch the chalice – With white knuckles – Will Lucifer kneel down by me?

Who cannot relate to these words from “What You Think I Am”
I’m a Good Samaritan – And a very, very bad man. – I’m a whole lot better – And a whole lot worse -Than you think I am

I could continue quoting lyrics, but I think you get the point. “Two Clouds Are One” is sensuous paean to romantic love, and “We All Know” is about being motivated to acts of compassion by a realization of the universal nature of suffering. But there are other songs as well. Songs that show us that there are lessons in the mundane things of life (“The Antithesis of Blue”) and in freak accidents (“Rhythm of the Road”). There are songs about There’s even an instrumental (“Frequency of Light”). In all of these songs, it is the voicing of Hindalong’s lyrics by Derri Daugherty and Christy Byrd enveloped in the guitar work of Daugherty and Dan Byrd, Dan Michaels’ sax and lyricon, Tim Chandler’s bass lines, Hindalong’s drumming, and top-quality production that make this album a masterpiece. Yes, I used that word. I am the type of music listener who listens to an album once and then I’m ready to move on for a little while. I cannot stop listening to this album.

People who need Jesus spelled out in every song will have a hard time with this album, but then again that is not the kind of band The Choir is. The Choir is not the guy who stands on the street corner shouting “Jesus Saves!” The Choir is the guy that goes through the ups and downs of life, the heartaches and the elation with that “peace that passes understanding.” That is one of the things that has always struck me about this band. Even in their most melancholy songs there is a feeling of hope and even joy. Make no mistake: Christ permeates every second of every song if you have ears to hear.
Shadow Weaver is not a hard rocker, so that might be a drawback for some of the readers here. I will say “What You Think I Am” is a gritty rock number that rockers might want check out as a single. Honestly, with the popularity of the “anti-hero” in TV and films if that song doesn’t start finding its way into soundtracks, there are a bunch of music supervisors who need to be out of jobs. I would also expect that song to get some indie/college radio play.

Overall, Shadow Weaver is an introspective album by design. The “Shadow Weaver Reprise” ends with the question “What have you realized?” I think that is what makes The Choir one of those bands that can thrive for nearly thirty years: they get art for the sake of entertainment, but they also understand art’s potential for transforming the lives of those who come in contact with it.

After I first listened to the Kickstarter download, I urged my Facebook friends to buy this album because everyone deserves a little sonic bliss in their lives. Let me extend that invitation to all of you who are reading this as well.

Submit yourselves, then, to God. Resist the devil, and he will flee from you.
James 4:7