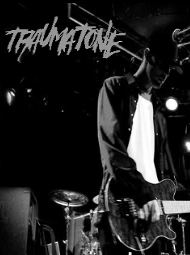 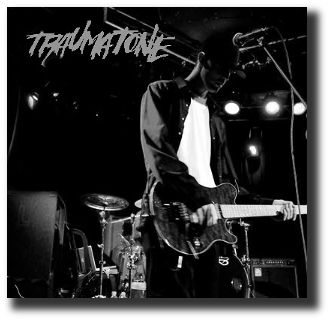 Thanks for taking time out to do this interview, I hope all is well. –
All is well! Just trying to get these last few tracks done for the new release. I appreciate your taking the time to talk!

When did you form your band and What inspired you to make music together?
I started writing music as a solo project that would eventually become Traumatone probably around 2000 or so. I had come out of another band I was in with some great friends. In that band, I was the primary song writer, handling the music while vocals were tackled by my friend. After the band broke up I just continued writing music like crazy. At the time I was trying desperately to find someone to handle vocals, but with no luck. So after listening to the music long enough, I started to hear the melodies in my head for what the vocals would sound like. Finally, I got tired of waiting to hear the finished product that I reluctantly started doing vocals myself. The first EP was released in 2003 with all tracks being written, and recorded by myself alone. That’s pretty much been the way it’s been ever since.

Does the bands name, Traumatone, have any special meaning?
Truthfully, no. My previous band that I just mentioned had released an EP and my friend made up a mock record label to attach to the sleeve. It read “Traumatone Records”. It’s still framed on his wall! At the time, nobody was using that name. I know now that there actually is a label called Traumatone. But aside from that, I always liked the name. So when I started my project I just lifted it and it stuck.

I know full well I’m not going to get rich off of this stuff, and the Gospel is free to everyone anyways
How would describe your music to someone who has never heard you?
A long time ago, several people labeled my music as “goth”. Truthfully, I’ve never been into the goth scene, or consciously listened to that type of music. I just have a real love for minor chords, choirs, strings, and synth pads. I guess when you put it all together, you kind of get that sound. But my favorite bands that have always had the heaviest influence on my music would be Rammstein, and Deftones. If you threw those two bands into a musical blender, I think that’s probably the closest I could sum up the sound.

What message(s) are you trying to convey through your music?
The absolute first, and foremost message of the music is the hope and salvation found only in Jesus Christ. Songs like “Redemption” from the album Shadow Theory are pretty blatant in that regard. Other times, the songs are written in a way to get people’s attention focused on Christ by talking about the emptiness of everything else without Him. Still, other songs deal with random things from a Christian perspective. I really don’t like to leave songs “open for interpretation”, because there is a specific message of hope that is the underlying point of all of it. That’s why you’ll find lyrics and song meanings on the Traumatone band camp page. It’s like, “Here are the words. Here’s what they mean. Take it, or leave it”.

Who is the main writer of your lyrics and music?
To this day everything is written by me.

Where can people hear Traumatone musis online?
First off, I would encourage people to visit traumatone.bandcamp.com. Every EP and full length album is available on the site for free streaming or download. I know full well I’m not going to get rich off of this stuff, and the Gospel is free to everyone anyways. Since that’s the point, take it, enjoy it, pass it along! For more of a formal press type feel, there’s a myspace page, of course (myspace.com/traumatone). You can find what would be considered the “singles”, some photos, and a bio. If people feel so inclined to actually support the music financially, you can pay and download the music on iTunes, or pretty much anywhere music is available digitally. 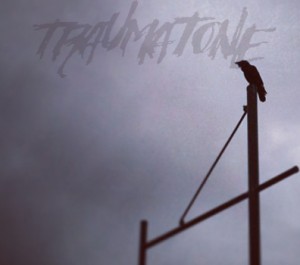 I see you guys are putting out your 3rd cd? Have you received any early feedback; positive or negative?
This new release initially started as what would be the 3rd full length release, but it has recently been scaled back to an EP for personal reasons regarding the music. When it is released, it will actually be the 5th Traumatone release counting the first two EP’s. It’s called “Second Death”, and it will be out this year! Feedback has been good. I haven’t had any negative emails from anybody. One of the EP’s had a nice review given a long time ago. But, generally, when I receive emails from around the world, people love the music and just want to know more info about it all.

Is Traumatone looking for label?
I would say yes. Any way the message and music can get more widely spread would be great. But it’s all in God’s hands. I’m content to live my life with my beautiful wife and kids, and not leave them behind for a wild life on the road, or whatever. That said, I would also love to use the gifts God has given me to spread the Gospel full time. You never know. It’s His deal. I’m just the instrument He uses to reach a few people right now. It’s all about being faithful where He has me.

Thank you for taking time out for this interview. Do you have any parting comments?
Thank you again for your support and the chance to do the interview. It’s greatly appreciated. Hopefully we can do it again sometime! Again, I would just encourage people to listen to the music. If it’s your thing, great! If you know somebody it could minister to, please pass it on. I’m always very willing to chat back and forth with anybody about the music, about life, what it is to follow Christ… pretty much anything anybody wants to talk about. So please send an email to traumatone@live.com, and we’ll be in touch!