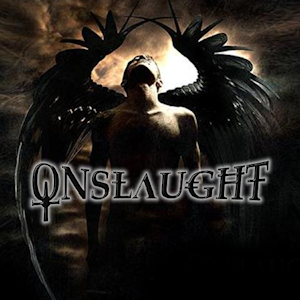 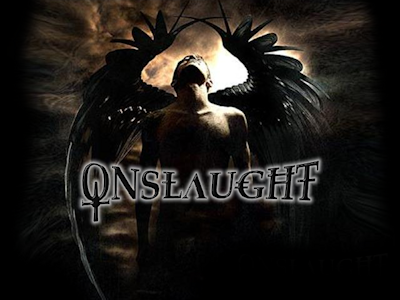 Where are you from? When and how did the band get started?
Onslaught is a two piece Christian Alternative Rock band from a city in South India called “Hyderabad.” Onslaught comprises of Rueban Issac on vocals and drums, and Yohan Issac on lead/rhythm guitars and bass. Onslaught started in the month of October in 2007 and was the brainchild of Rueban. Having played in secular as well as gospel bands, we had decided to compose our own music than rather playing music that someone else wrote. We decided to bring two of our favorite elements together which included, the ultimate “in your face” style of rock/metal music and the gospel. We drew a lot of inspiration from Christian bands and decided to do the same.

Onslaught was originally a three piece band that comprised of Johnny Abraham David on vocals and rhythm guitars, Yohan on lead guitars and Rueban on drums. Back in the day, we did manage to record a track with Johnny titled “House of Pain” which should be floating around on the internet. However, due to personal commitments, he had to leave the band. We did carry on composing music, going all DIY on the recordings which we still do to this day. Ever since Johnny’s departure, the line up has never changed.

What is the Christian metal scene in India like?
The Christian music scene here is still in its grass root stages. We have a great number of Christian rock/metal bands here in India, but have not got a solid platform to promote the music. There are Chrisitian bands like us who have got material in the form of demos, albums and/or EPs out. In terms of the gigs that happen here, we do not have dedicated Chrisitian music festivals like cornerstone or meltdown that happen here. Most of the bands here try very hard to get stage time with secular bands at gigs. On the plus side, we are progressively growing as a scene and should be able to overcome all odds with God on our side.

There is a strong presence of Christians in metal music here in India.

Why did you chose to name the band, “Onslaught”?
The name to be honest, is totally derivative which is funny to us in a way. We were listening to a lot of Demon Hunter back in 2007. We love their music and we love the name of the band as well. We did like the whole idea where they were a bunch of hardcore musicians churning out “anti-Lucifer/satanic (stooooorrrmmm the gates of hell)” themed songs and Rueban had this bright idea where he thought we should have a name like theirs and sound like them (which never happened :P). Thats the truth of it all.

But if it was to be said on a serious note, jokes apart; it would go something like this:
“The meaning of Onslaught is an offensive against the defensive. We, as believers in the Almighty are stronger than all evil in this world and with God on our side, we can crush all evil.” That is why we are called Onslaught. You are free to go with the funny version or the serious version J. 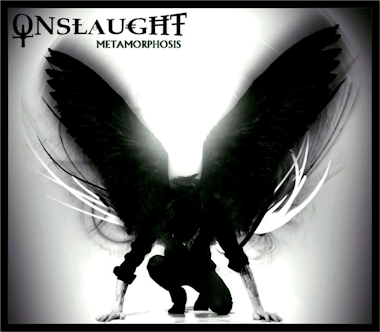 How would you describe your music to someone who has never heard you music before?
The mutant cousin of Grunge and Metal; “GRETAL” with a lyrically positive message.

Tell us about the recording process  for your new album, “Leap of Faith”
We had a great time composing “Leap Of Faith.” It was great for us because we were finally able to get our sound straightened out. Through the years, we have always found issues in gelling as musicians due to musical indifference’s, but we have finally passed all that and have got what we wanted.

The songs were typically structured to be a heavy “in your face” comeback for Onslaught following our poppy EP called “Metamorphosis” that we released in 2010. Drawing a lot of inspiration from grunge and hard rock bands, we decided to keep the structure of the songs as simplistic as possible. We tried to build on an easy structure ensuring that the instrumentation sections sounded catchy. The recording of the album covered a total of 67 days which also included the mixing and mastering process. The entire album was a total DIY effort. We utilized Abelton Live as our interface to record our music and Ozone Izotope to master the tracks. We completely relied on taking a very guitar oriented approach in recording our songs and structured our songs around the riffs churned out by Yohan. The lyrics were written the last and was structured out based on the overall feel of the song.

Do you perform live shows in your home country?
Since we are only two guys running this whole operation, we have not had the opportunity as of yet to go live. If we do find “able-bodied” / like minded musicians to join our platoon to storm the gates of hell, we would definitely do it

What are the main goals you would like “Onslaught” to accomplish over the next few years?
A: Our bucket list of goals is quite a lot. But some of the important ones include; a) get cracking on the new album; we are currently breaking our heads composing new music at the moment, we intend on getting a concept album out that should be a step up to “Leap Of Faith”, b) get signed to a label c) get a full ine up sorted out to go live and lastly and most importantly d) to keep our relationship going strong with God; Righteous living (Faithful to the core).

Are you looking for a label?
We are currently looking to get signed by a label. We have been trying for quite awhile since the release of “Leap Of Faith.” Whatever the case, we have recieved a lot of support from The Almighty, fans, friends, radio and online platforms and are glad that people like our music.

Do you have any distribution in the United States.? If not, it would be unfortunate to see people miss-out on a great band!
We do not have a dedicated distro distributing physical copies of our “Leap Of Faith” CD’s in the United States. But we do have OM Books retail distributing out CD’s all over India at their stores. In terms, of distribution to an international scale, we have our album being sold as a digital package on itunes, ebay, amazon mp3, rhapsody, emusic and spotify.

Is there anything else you want to share with our readers?
We might be broken-down by lies that bleeds our mind, but for what it’s worth, we have to leave it all behind. Despite all this chaos, in the face of confusion, always remember, our God is steadfast. Many thanks for the support. God Bless.

Thanks and God Bless
~Rueban Issac