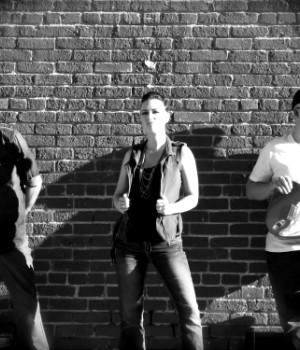 Interview: The Brave
By: Dale Huffman

This is an exciting time for the band and a lot people are pretty amped up about your new Album “Rise”. I’d love for you to tell our readers what prompted The Brave to return to the scene at this time after 20 years.

-Stayce: Well, it was after Randy (Roberts – former Brave vocalist) had passed away in 2007; we had decided to put on a concert in tribute to him, in our hometown. It was Freddy, Johnny, Steve Irwin, and me on the roster and originally, I was going to sing everything, because our voices are pretty similar being brothers.. However, it was an extremely difficult time for me, and after more consideration, we really still wanted a dedicated lead singer. Out of everyone we knew, Amanda was the obvious choice. She knew Randy, she was a fan of The Brave, and frankly, she was the only one we thought could actually pull it off. We’d been talking about doing a record ever since. It was just a matter of time and resources after that.

What is the line-up right now for the band? Who’s playing?
–Johnny: Currently, it’s just Stayce, Amanda, and myself. However, both Malcolm Paris and Steve Irwin contributed to the Rise album.

I have read a lot of post and comments that were not happy with the choice of using a female vocalist as the new lead singer. Popular opinion says you guys waited until after the pre-sale to announce Amanda as your new singer (by the way I think Amanda nailed it on the new album). What’s your response to this kind of feedback?
–Johnny: It’s like this: We know that people are often quick to make decisions without having all the information, and we knew that Amanda would do an amazing job anyway, and the fact is that most people have been very supportive.

-Stayce: You know, the greatest thing about this band is that we’ve always been kinda fearless when it comes to personnel changes. I have personally always been someone who never worried when somebody left, because I always knew that when one door shuts, God opens another. We can’t really concern ourselves with how we are perceived for our decision to go with a female–Johnny and I knew that Amanda was the right choice, and that God was going to bless this decision. We had a similar situation when James departed and Randy stepped in–we may have, at the time, alienated some of the Battle Cries fans, but it wasn’t our intent–in fact, it really just grew our fan base. Hopefully now we can merge those two groups of fans into one. Also, I’m not sure that there has ever been a band that has replaced any male singer with a female singer–but I think Amanda is just awesome, I have personally been a fan for as long as I can remember. 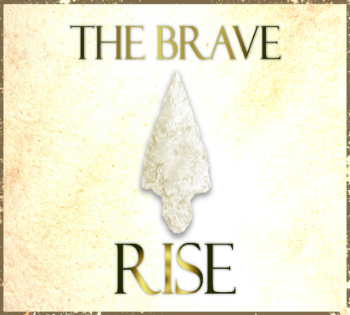 Let’s talk about the album itself. What’s the message you have for us this time?
–Amanda: I think it’s pretty broad, but still totally God-ward. There are songs about everything from Christians uniting in faith, to a person’s feelings of unworthiness of God’s grace, to Christ’s atonement. We really want to be viewed as a band that is unabashedly Christian, and our next record will be even more of a testament to that.

You guys put the new album out yourself rather than go the traditional record label approach. How did this change the whole recording journey for you guys?
–Amanda: I guess the obvious differences would be budget and album distribution. But thanks to the Internet, we are currently available in all the major stores online, so Rise can be obtained just about anywhere in the world.

-Johnny: I think the biggest pro is that we don’t have someone telling us what we should or shouldn’t sound like. We all have our own ideas in terms of music and production, and this way, there is no one standing in the way of that.

-Stayce: I totally agree with Johnny & Amanda. See, one thing, that only the three of us know, about this band is just how broad our musical influences are–a label can sort of pigeon hole a band into a particular style or niche, but the fact is, all three of us love all forms of music. From bands like Mr. Big & Soundgarden to instrumentalists like Steve Vai or Paul Gilbert, the three of us just really find something to appreciate in all forms of music, and adapt it to what we do. So that control a band has to hand over to a label or producer doesn’t exist here–it is an absolute musical democracy, and we have a blast making the music that we make.

Any plans on shows or touring for the new album Rise?
–Johnny: It’s something that we had considered. We’d really love to get out there and do what we do live; it’s actually where we all feel the most comfortable. But right now we’re all really focused on a follow-up to Rise. We’ve already got a ton of new songs written, and still more to write, so for us, the important thing is to get some more material out there.

Do you feel that it is easier to breakout as a Christian musician today versus when you started out?
–Stayce: Quite honestly, I don’t think that it has ever been easy to really break out in Christian music. It goes back to that old saying, “Many are called, but few are chosen.,” and I guess we were one of the lucky ones. Pakaderm was inundated with hundreds of cassette-tape-submissions from bands looking to get signed, and we just happened to be opening a show that John Elefante was at, and that’s really how it happened for us. But you know, the industry has never favored the artists, save for a few who can make a living doing what they love to do. So, back to what Amanda was saying, the control at this point comes from a completely different type of business model, and bands like The Brave can reach out to our audience on our own terms, and we are truly just thankful to be heard.

Now that we’ve got the general stuff out of the way, how’s everyone doing spiritually? Has your relationship with Christ Jesus strengthened since we last heard you guys back when “Trust” came out?
–Stayce: That’s an interesting question, Dale. If you are born again, which the three of us certainly are, you are saved eternally. I realize the intent of the question, but I guess my feeling is, we are all sinners saved by grace, so no matter where our level of confidence is, we are covered by the blood of Jesus, which takes our inadequacies and makes them whole. So I would say that spiritually, the three of us are fine, and really just humbled to be here, and thankful to be Christians in a world that is pretty dark. We get to be that light that pushes the darkness out, you know? And more than anything, I think all three of us are excited to be able to share this faith of ours with the millions of other people out there who want to do the same, and we get to do it with our style of music.

-Amanda: My heart is for Jesus, and I feel so blessed when I think about the fact that I can use the very gifts He’s given me, to worship Him. I’d say that at this point in my life, I’m closer to Him than I’ve ever been.

Share a few of your favorite funny things that happened to you while traveling on the road during your The Brave touring days
–Stayce: I think from the Battle Cries tours back in 92, we just had so much fun. For those who didn’t know James or Randy, I’ll just say that they were two of the funniest guys I’ve ever known. Randy used to do this impression of a Gator wrestler from the south that kept us all in stitches, and James was just a hilarious guy–so much fun was had on those tours, and I’m glad we all got to experience it together. But I have to say, the funniest thing that I can remember is playing a certain Christian Festival, and on either side of the stage were these two huge video monitors that showed whoever was on stage. Anyways, a certain “big-time” Christian artist, who shall remain nameless, had some background vocal samples that were skipping, so he comes running down the stage, waving his arms to tell the sound guy to turn off the samples, and the poor guy fell off the stage. Not funny….except we saw two 60 foot versions of the incident in stereo monitors from a mile away!
Also, we prank called Amy Grant’s hotel room!

I would like to thank you for your time. Anything else you’d like to say to your fans and our readers?
–Amanda: We’re putting our trust in God to lead us to where we need to be, and if you’d like to lift us up in prayer, we’d definitely appreciate it.

–Johnny: And, if you haven’t already done so, check us out on our website and like us on Facebook as well. And thank you, everyone, for your support. [Get Connected Below]

–Stayce: Thanks to Dale and Metal Pulse Radio!!