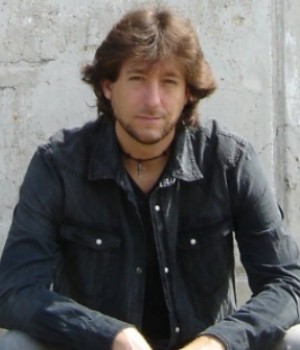 Dale  from Metal Pulse Radio talks to Eli Prinsen  from the The Sacrificed  about his new role as the lead vocalist of Sacred Warrior.

1. Hey Eli,I know we just interviewed you back in March concerning The Sacrificed but a lot has happened since then. It is all over the net that you have signed on as the new lead vocalist for Sacred Warrior. How did the band approach you to be their new lead vocalist? What was your reaction?
Eli: Actually, I approached them! I saw the resignation letter that Rey had posted on their facebook page, and then shortly after that, I saw that they were holding auditions for a new vocalist. I actually had people sending me emails and facebook messages, asking me to audition. So I sent them a couple of video links from some stuff I had on you tube, like that old DragonForce audition I did, as well as a few songs from The Sacrificed. A few days later, I was contacted by Steve Watkins, Bass player/Executive Producer and he sent me two audition tracks as well as the expectations and requirements to even be considered to be a part of Sacred Warrior. After recording the two audition tracks and one of their classic songs, they contacted me and offered me the position, which I humbly accepted.

2. Have you talked to Rey Parra about your part as the new lead vocalist? If so, what was his reaction?
Eli: Rey and I became friends back in 2009 during the recording of The Sacrificed’s “2012” album. Rey was originally going to record some guest vocals on the album, but it didn’t pan out. A lot happened in that time period, including the passing of Rick Macias, and Rey simply didn’t have the time, so I ended up tracking the vocals for that track (“Saved”) myself.
Rey is an awesome guy, a true man of God, and an extremely gifted vocalist. He’s one of the reasons I started singing, and is one of my top vocal heroes.
Rey conveyed to me his approval and also, the responsibilities I will take on with the utmost seriousness. I took his advice to heart, and will do my absolute best in all areas to carry on as the new vocalist.

3. I saw the first music video you put out, it sounded great. How does the process work on recording since you both live in different states?
Eli: The music tracks are recorded in Aurora, Illinois, and I am tracking the vocals here in Florida.

4. Do you have a name and release date for the new album?
Eli: The name of the CD is “Waiting In Darkness”. We are shooting for a Christmas release.

5. I know you probably get asked this a lot but will The Sacrificed continue to be together since you joined Sacred Warrior?
Eli: Yes, I do get asked this quite a bit. I am giving my full attention to the writing and recording process with Sacred Warrior right now. I have committed myself to this band and ministry.

Michael Phillips (The Sacrificed guitars) has also formed a new band, “Join The Dead”. We know that it may be difficult to continue, but we are still going to do our best to make it happen for the fans, and for the glory of our Lord. You’ll probably see the 4th installment from The Sacrificed, late 2013.

6. Thanks for taking time to do this interview and answer some of these hard questions. Did you have anything else to add to this interview?
Eli: Just a quick thank you to all of the fans who have supported me with both The Sacrificed and Sacred Warrior. I prayed for God’s will to be done concerning joining Sacred Warrior, and I was nervous about the reaction the band would get after they released something with a new singer, but the fans have been totally cool and welcoming. I feel so blessed to be a part of this, so I would also like to close by saying, “Thank you, Father”.