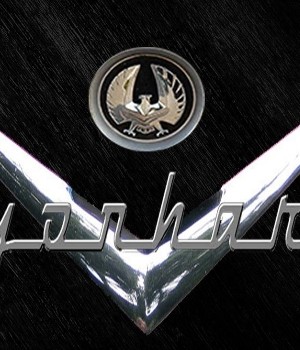 Thank you Joe for taking the time out to do the interview, I hope all is well?
God is Good as always.

Can you tell us about Lyonhart?
Lyonhart is an Industrial Music group that can in between Rock and Metal. You’ll find elements of dance rhythms, keyboards sounds, voice over samples, spoken word lyrics, with heavy guitars sounds.

Who is in the band?
Since 2010, It has been Me on the Vocals, guitars, and sequencer and Tim Brough on Drums. Since then, the line has been solid. Prior to that, I had a revolving door membership.

How would you describe your music to someone never heard you guys? Who are your major influences?
I would describe the music as Industrial that crosses Rock/Metal with Dance rhythms. I mention bands like Ministry, Static-X, Rammstein, some of the older Skillet (like Alien Youth and Invincible). These band have a big influence on us because they have pushed the boundaries of their music.

What has been your biggest challenge as a band?
The biggest challenge as a band is this, Getting people to believe in the music. Our music is not the normal. People are used to hearing music that practically sounds the same. Most bands sound alike, dress alike, smell alike, etc.,. Well, when they hear Lyonhart music, they like it and is well received, but it’s “difficult to digest” like it would be said. This also creates another with us, getting willing band members to solidify to line up and a us a complete band.

Have you been able to overcome that challenge? If so, how?
Since the conception of Lyonhart, Tim and I have relied on technology to push the music. I’m no stranger to this. Would I like have band members for the spots we need? Yes, but the technology we use in Lyonhart is what God has right now for us. Faithfulness and Stick-to-it-ism is also a factor in overcoming these challenges.

Who writes your songs? What are the main themes or topics for most of your songs? Do you think these topics will change over time?
I write most of the songs for the group. I’m trying to encourage Tim to write. Tim feels he can’t, But there are two songs he has written which are written and arranged quite beautifully. There is no real theme or topics to the songs, but messages of biblical truth and testimony are found in the music. I don’t believe that the message of the music should change, but I may think of saying it differently. Another thought is the the music may evolve in time. When I write I always in prayer and trust in God’s  leading.

With the release of your self-titled ep in 2010; can you share with our readers some of the public feedback you have received on the album?
As I’ve said in the earlier point, our music has been received by many with positive reaction. We been fortunate that God’s has allowed our music to be heard and received.

Are you guys work on new music? If so can tell a little about it?
Not right now. Currently, we’re beefing up the old stuff, especially for live venue. Though I’m always having music running around in my head, My desire is to better produce the old stuff first.

I would like to thank you for your time Joe. Do you have any parting comments?
I would like to thank you Dale for the opportunity to speak with me. I would like to close this out with one of my favorite scriptures, Jeremiah 29:11 “ For the thoughts I think towards of you, Says the LORD, are of good, not of evil, to give you a hope and a future”. I want to encourage those who feel that despaired or unsure of their future, especially in a time as this, that God has your future secured, just trust in HIS Plan and HE will guide you through.