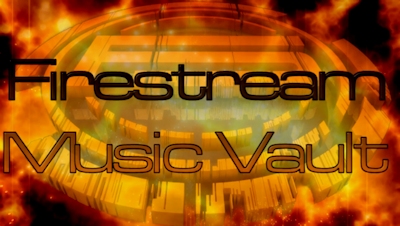 XNilo Records & Metal Pulse Radio have partnered up with Solid FS to announce the return of the Firestream Music Vault!

You heard that right! Firestream Music Vault is returning. This teaser video was officially released by XNilo Records on Saturday afternnon (1/18/14) announcing its return.

The vault had previously made a short comeback in January of 2012, after XNilo Records acquired ownership and attempted to pull it from the ashes. It was then that it got hacked and crashed. It was clear the site needed completely rebuilt with updated coding and security measures to ensure this would not keep happening. Since the site had been the focus of hackers in the past; XNilo ran daily backups so the information would not be lost again.

The site has been out of commission for some time as a re-work of the system would be complex and time consuming. Just when it seemed like the Vault had become a distant memory, Solid, the original creator of the Vault, teamed up with XNilo Records and Metal Pulse Radio! With a new custom platform and used much of the saved data, the vault has been restored.The Firestream Music Vault is slated to return February 1, 2014. It is said to have new features, along with most of the original ones.

We all stumble in many ways. Anyone who is never at fault in what they say is perfect, able to keep their whole body in check.
James 3:2