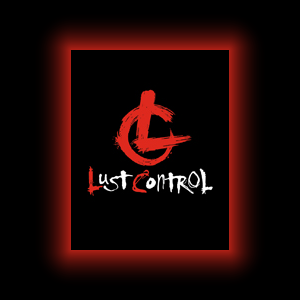 Lust Control has been in the studio working on their new full-length album, titled, Tiny Little Dots. This has been a long time coming and the album has been highly anticipated among long-time fans of Lust Control.

No release date has been stated, but, according to their official facebook the album is closer to release and we’re told that it is, “Soon…. soon. Fresh off the digital press. Get ready!!”. There is also a stated lyric-video that will be accompanying the new single.
We will post the video here when it is released, stay tuned.

The band was originally formed by Doug Van Pelt (editor of HM), Maury Millican (a youth pastor), Philip Owens, and Paul Q-Pek (both of One Bad Pig). Due to the controversial nature of the subject matter, the group maintained an anonymous identity by using pseudonyms and wearing ski masks during performances, a tradition that the band maintained for several years. Although their debut was hastily made, This Is A Condom Nation, received generally positive reviews from mainstream Christian music media sources. CCM magazine found some of their lyrics to be humorous, while Campus Life noted the similarity to One Bad Pig. Both publications, however, were cognizant of the dual message of guilt and grace that the band presented. Even so, the release was dropped by Spring Arbor Christian Bookstores. Lust Control played only one live show with this personnel lineup, at the 1989 Cornerstone Festival.

The impetus for the band in the time following the initial release was primarily Doug Van Pelt. This was due to the fact that One Bad Pig had recently signed to Myrrh Records and its members were contractually blocked from playing in other bands, and Millican had little interest in pursuing a band full time. The reformed band set about professionally recording an album, which was released as Dancing Naked (1989). During this period the band played some shows and partnered with record labels to bring their material to national availability. Their final album of new material, entitled Feminazi, was released in 1994.

The band has released several compilation albums of sorts, usually involving rereleased or remastered material. Fun, Fun Feeling (Blonde Vinyl, 1991) contained a remastering of selected material from their first two albums, and was their first release to Compact Disc. Material that wasn’t placed on Fun was rerecorded and released on We Are Not Ashamed in 1992. A limited edition release, The Worst Of… (2000), contains the original selections of the band’s complete catalog (including Feminazi), plus a cover of Steve Taylor’s “I Blew Up The Clinic Real Good. An enhanced version of We Are Not Ashamed was released in 2006, which included extras such as an audio commentary by Doug Van Pelt and another complete remaster of This Is A Condom Nation.

He went on: “What comes out of a person is what defiles them. For it is from within, out of a person’s heart, that evil thoughts come—sexual immorality, theft, murder, adultery, greed, malice, deceit, lewdness, envy, slander, arrogance and folly. All these evils come from inside and defile a person.”
Mark 7:20-23