The Devil Wears Prada’s, Chris Rubey, talks with ‘Behind The Ink’ 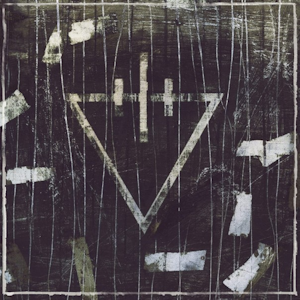 Guitarist Chris Rubey of the Dayton, Ohio metalcore band The Devil Wears Prada recently talked about some of his tattoos for PitCam TV‘s “Behind The Ink” segment. The video can be seen below.

The Devil Wears Prada‘s new album, “8:18″, will be released on Sepember 17 via Roadrunner Records. The Devil Wears Prada officially unveiled the start of pre-orders for “8:18″ with a direct video invitation to their fans around the world, streaming now at their official YouTube channel. All pre-orders at tdwpband.com receive instant free MP3 downloads of two new tracks, “Home For Grave” and “Martyrs”. Pre-orders are also available now on the iTunes store.

Furthermore, The Devil Wears Prada have announced details of an upcoming North American headline tour. “The 8:18 Tour”, which will see the band accompanied by The Ghost Inside, Volumes and Texas In July, gets underway November 2 in Detroit at the Royal Oak Music Theatre and continues through December 20, wrapping in Toronto, Ontario, Canada. Tickets for all dates will be on sale August 2. Singer Mike Hranica commented: “We’ve loved playing two new songs over the course of this year, and with that being said we’re really excited to debut more material live. For me, ’8:18′ is meant to reflect a live sense of vocals, so doing another headline tour like this is going to be excellent.”

Long acclaimed as among one of the most potent and provocative bands in modern American metal, The Devil Wears Prada made a massive leap forward with the stunning “8:18″. The album — executive-produced by Killswitch Engage‘s Adam Dutkiewicz and produced by the band along with producer/engineer Matt Goldman [Underoath, The Chariot]— sees the group driving its relentless sonic approach with more might than ever before, giving extreme power to frontman Mike Hranica‘s grim, emotional lyricism.

Recently The Devil Wears Prada toured through Europe. Pictures of their show earlier this month [July 2] in ‘Tivoli’, Utrecht, the Netherlands, can be seen here. To read our review click here.


THE DEVIL WEARS PRADA – Behind The INK w/ Chris Rubey

For whoever wants to save their life will lose it, but whoever loses their life for me will save it.
Luke 9:24

He humbled you, causing you to hunger and then feeding you with manna, which neither you nor your ancestors had known, to teach you that man does not live on bread alone but on every word that comes from the mouth of the Lord.
Deuteronomy 8:3