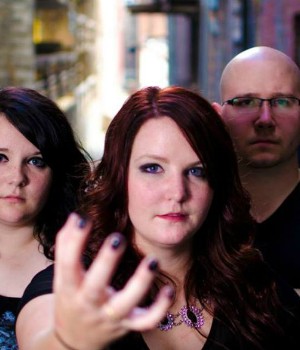 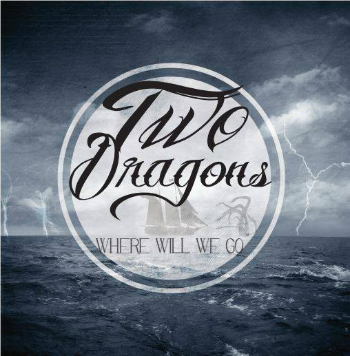 I have been playing Two Dragons a Metal band out of Ohio on Metal pulse radio for about after they release there Self Title EP. So I had a chance to talk to Amanda Shobe about the new album..

Hey Amanda, Give me a quick recap of Two Dragons history? Who is in the line up?

Two Dragons began when Devin and Joliffe (both guitarists) began writing songs together. Then later down the road Logan (drummer) joined the mix. They began looking for a singer and just weren’t finding what they were looking for and kept bugging me about joining the band so eventually, I did, and it has been awesome… Soon after that we told Jozee that she would be our bassist because the guy that was going to audition that day didn’t come out. We are also a “family band” even though that sounds lame it has been very rewarding and such a blessing. Devin and I are married, Joliffe and Jozee are my siblings and Logan has become like family to us. We are a good mix together. I don’t think anyone else could put up with our goofiness.

How did you come up with the bands name, Two Dragons. Does it have a special meaning?

Special… Well, it isn’t anything deep or profound, it’s again rather goofy. “Two Dragons” comes from a scene in the movie “Starsky and Hutch” (the newer one with Will Ferrell). Devin and Joliffe decided to name the band that before everyone else joined. So we went with it.

What role does God play in the band or in your life personally?

God definitely has given us the role of messengers. The way God put the band together and the songs he has given us have really proved to us that this is what he wants us to do. The more we write and connect with people the more we have grown with God. I grew up going to Christian concerts my whole life so to be a part of it now is amazing. 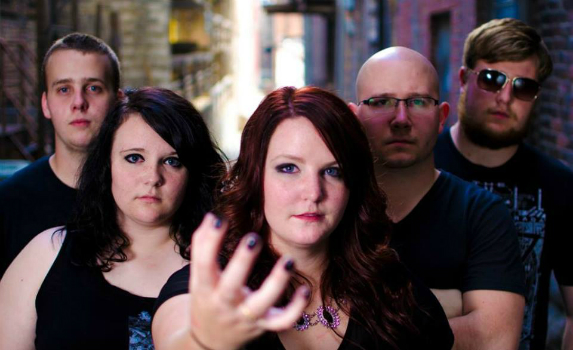 How do you feel the band sound has developed between your self-titled demo and “Where Will We Go”?

Our sound has definitely developed more! Our new songs are a little heavier. We are also all getting more comfortable so there’s more passion in the new album. We are still changing with the more we write but I think it’s a good thing. We want to keep people on their feet!

I know you are releasing the debut album, “Where Will We Go?” What does the title mean and why did you choose this?

We chose “Where Will We Go?” because that is our real question to God in all of this. Devin and I have sold our house and put all of our trust in God that he puts us where he wants us. Whatever his plan is for us we are grateful.

Do you have a release date set? Will you be doing any live shows for it?

Our Release date is actually today, June 17th, 2014. We have an album release show this Saturday, June 21st at Gilberts Music in Lima, OH. It shall be grand!

Do you take much slack from other bands for your association with Christian music?

Definitely! I feel like it’s a test from God to stand up for your faith and be true to yourself and true to God. God’s going to make sure we are doing this for the right reasons! All we can do is show love to others.

I saw a video of the band on your Facebook page. Looks like you have a lot of fun. Is it like that all the time?

Yes… 90% of the time. I think people are a little shocked or terrified when they spend time with all of us. We are a goofy bunch but I think that is how you should spend life. Weird=Good!

Have you received a lot of interesting feedback and talk about the music and lyrics in the metal world over the last few years?

TD has only been around for about a year and a half. We are for sure gaining momentum though!

Thanks for having us! You have been good to us and we really appreciate it! We have big things planned. Be sure to check out our social media and youtube for more videos! Matthew 5:14-16 The Message Bible

A Weekend With Two Dragons